Bitcoin Investors Should Be a Little Worried

THE MT. GOX BITCOIN BANKRUPTCY MIGHT HAVE A MESSAGE ABOUT ALL GET RICH SCHEMES. 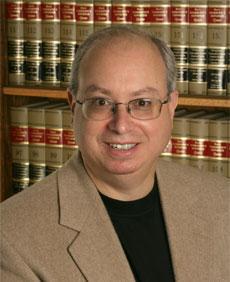 Bitcoin Investors – Of course, you already know that the Mt. Gox Bitcoin Exchange has filed bankruptcy. There is half a billion dollars missing.

Gee, what a surprise. Are you a Bitcoin investor? If you are, you may have a short memory.

In the 1960′s, there were some wild investment crazes. There was an investment craze over earthworms. The price of worms went crazy. Aside from people who go fishing, there was not much of a market for worms. The quantity of worms skyrocketed. But the number of fishermen stayed the same. The worm market collapsed overnight.There was another craze over chinchilla fur. People were crazy to buy breeding pairs of chinchillas to harvest their fur. Prices skyrocketed. And then suddenly collapsed.

In the 1970′s, pyramid investment schemes returned. There were jojoba bean farms, then windmill farms, and then avocado ranches. Lucrative tax writeoffs propelled these schemes. But suddenly the IRS disallowed the writeoffs. The reason is because these existed only for tax write offs, and there was no real intention to make money. You guessed it. Those farms and ranches tanked. In the 1980′s the pyramid game finally grew up. The craze was called “Pyramid Parties.”

The CEO of Mt. Gox said he’s not sure what happened to the Half Billion Dollars of his customer’s “money.” But Bitcoin is not real money. It never was. Bitcoin is basically play money for adults. Bitcoin has not gained widespread acceptance as regular “money.” If it did, it could have become a medium of exchange to get around money laundering laws and bank regulations. Who cares about regulations? Druglords and terrorists do. Organized crime cares. That’s because Bitcoin is shadowy and anonymous. Even the actual Bitcoin inventor remains anonymous. There is no public accounting of the money taken in.

Just the same, a fraud has been perpetrated on the Bitcoin players. I call them “players” because that is what they are. Bitcoin investors, including at least one small hedgefund, deposited their Bitcoins in Mt. Gox for safe keeping. Of course, with the intention of flipping them for a fast profit. They do that by reselling them to someone else. (Think of house flippers.) Supposedly, a limited number of Bitcoins were created. Profits come from selling Bitcoins for more than what the seller paid for them. A mere technicality for greedy true believers.

This brings up the subject of just what a Bitcoin is. A Bitcoin is a journal entry. It’s kept on a computerized ledger book. It shows, (supposedly) who owns each Bitcoin. Some people may think it is backed by gold or some other valuable commodity. Well, it isn’t. It is a completely fictitious currency. Bitcoin investors paid real money for play money. Bitcoin investors then “stored” their play money at Mt. Gox. The Mt. Gox Bitcoin investors have been defrauded. Their play money has been stolen. They represent about 7% of all Bitcoin investors worldwide. Stealing play money is stealing. What will happen to the crooks? There are still places in the world where thieves have a hand chopped off.

Imagine that those same players were playing at a roulette table. Suppose they are suddenly informed that the casino has filed bankruptcy. The gaming table is now closed. They are told that the casino doesn’t know where the money has gone from chip sales. At that point, the players are left holding chips that are worthless. Those chips may as well be Bitcoins at Mt. Gox.

The players in our “pretend” casino each have a claim against the bankrupt “casino”. The claims are worth the same as what the casino sold the chips for. But what if the casino issued me a $1 chip, and I have sold it to you for $4? The casino liability is still only $1. The law does not recognize your claim that you expected to make $20 playing roulette at the casino table with a “lucky” $1 chip that you purchased from me for $4.

Bitcoins were supposed to be tamper proof. The Wall Street Journal report goes on to state:

It wasn’t clear whether or how the missing Bitcoins would be found. Bitcoin’s underlying software code, known in developer circles as “the protocol,” is believed to keep track of every transaction using a special marker that can be traced via an online ledger.

The exchange’s bankruptcy filing capped a tumultuous stretch for the five-year virtual currency. One Bitcoin traded at about $549 late Friday, based on the CoinDesk price index of two leading exchanges. The value of a Bitcoin started 2013 at about $13. Soared above $1,100 in December. Has since lost about half its value.

Take your pick. Earthworms, chinchillas, and Pyramid Parties. It doesn’t matter which you put your money on. They all have something BIG in common. The only customers that investors can find are usually other investors. It’s just like children playing musical chairs. When the music stops, somebody’s gonna get left standing.